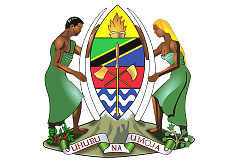 Jobs at ILEMELA Municipal Council July, 2020. Ilemela District is one of the seven districts of the Mwanza Region of Tanzania with a postcode number 33200. It is bordered to the north and west by Lake Victoria, to the east by Magu District, and to the south by Nyamagana District. Part of the region’s capital, the town of Mwanza, is within Ilemela District.

Deadline for receiving applications is  9 August, 2020