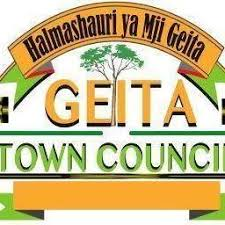 Geita District is located in the Geita Region of Tanzania. According to the 2012 census, the population of the district was 807,619. The district is bordered to the east by Mwanza Region and Nyang’hwale District, to the south by Shinyanga Region and Mbogwe District, and to the west by Chato District.

Prior to the creation of the Geita Region in March 2012, the Geita District was part of the Mwanza Region.

Road: Paved trunk road T4 from Mwanza to Bukoba passes through the district from east to west.

Mining: Geita Gold Mine is located within Geita District, 4km west of the town of Geita. The mine is currently being owned and managed by AngloGold Ashanti.

Rubondo Island National Park is located on an island in Lake Victoria that is a part of Geita District. It can be reached by ferry from Nkome, a village in the north of the district.

As of the 2012 census, Geita District was divided administratively into 35 wards:

Full details and apply through the link below: